Home Fashion How The Pandemic Is Impacting The Fashion Industry
Fashion

How The Pandemic Is Impacting The Fashion Industry 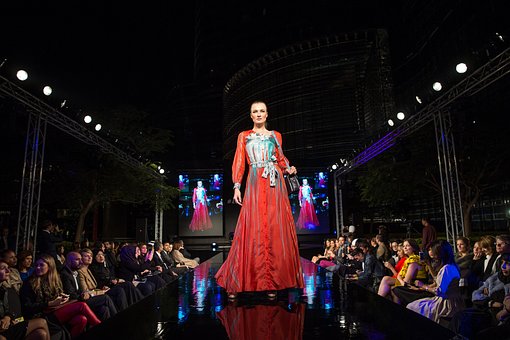 The unprecedented pandemic has had a tremendous impact on just about every single industry. Whether you look at the health industry being crippled by countless infected patients or businesses deemed non-essential shutting their doors, you can see the impact virtually everywhere you look. Even supermarkets are finding it difficult to stock the shelves with enough food, water, and supplies. It was only a matter of time before it impacted the fashion industry the same.

Potential Happenings in the Fashion World

While in comparison with the devastating impact that other industries may have placed on society, the fashion industry is a creative outlet and one of the major years on year drivers of profitability. The industry itself is incredibly large and the entire global economy would be negatively affected if it collapsed. Not to mention, there would be millions filing for unemployment with plenty of professionals relying on it from designers to artists to retail employees and more.

COVID-19 has moved at a different pace throughout the globe. It has since had an impact on just about every country, but some have been more affected than others. While the latest measures produced by the government of the UK have encouraged people to work from home whenever possible, but those who don’t have the means to do so are being encouraged to go back to work.

While a lot of the more severe rules for lock-down being lifted in a lot of places or even completely, the pandemic continues to ravage the fashion industry and the ultimate fate of the industry still hangs in the balance.

With the potential crisis in Bangladesh to the billions and billions of pounds being donated by various fashion groups, there are plenty of ways in which the industry as a whole is adapting to the changes brought on by the pandemic.

People all over social media throughout France went on the popular social media platform, Twitter to voice their pleasure and to showcase pictures and videos of shoppers queuing up outside all of the fashion shops after the lock-down was completely lifted.

There were reports that Zara had a poster welcoming the shoppers. Whereas, BHV a large department store in France, shoppers were told to put on their masks and to sanitise their hands prior to entering the store. Excitement throughout could be felt worldwide and many enthusiastic shoppers where once again out in force, even pregnant ladies where back asking “can i wear shape wear whilst pregnant?” enforcing the belief that social distancing was working.

While many were expressing their emotions at the various scenes of shoppers being able to return to the store aisles, everything isn’t completely back to normal. In fact, in the capital Paris, the entire city maintains its city-wide lock-down with much tighter rules. The entire country is essentially split into green and red zones according to the BBC.

This lift of the lock-down in France should provide a good case study for how shoppers intend on reacting to the lifting of the restrictions in the coming months for the entire fashion industry in Europe.

While a lot of those who are classified as non-essential workers will likely feel as if they are ‘sitting ducks’ throughout the course of the pandemic, a lot of those who have the means and who have influence have been looking to find ways to contribute.

For instance, Anna Rosa Vitello and Bettina Looney helped each other coordinate a wardrobe clear out directly on their Instagram stories where they looked to sell off clothing to raise money for Help Them Help Us and Doctors Without Borders charities.

They were looking to create both fun and creative ways to raise funds for charities who need the most help during this crisis.

Because of the downturn in the economy and spending, a lot of western brands have cancelled orders from Bangladeshi suppliers which has the potential to turn into a complete humanitarian crisis.